Don’t make these small talk mistakes during sorority recruitment. Here are 9 recruitment conversation topics you should avoid at all costs.

When it comes to making an impression during sorority recruitment, knowing what you should and should not talk about is vital for both sorority women recruiting new members and girls wanting to go through Rush.

Unfortunately many potential new members are not warned about the topics they should not talk about during sorority rush until it’s too late.

Meaning they either get cut from sorority recruitment or they finally learn about these “no no” topics when they’re on the other side of recruitment.

To save you from potentially embarrassing yourself, I have compiled a list of the 9 off-limit sorority recruitment topics and the reason(s) why these conversations should be avoided at all costs.

*This post may contain affiliate links. Purchasing a product or service through an affiliate will earn me a small commission at no additional cost to you. Please read our Disclaimer Policy for more information about the use of affiliate links on this site.

The ultimate goal, as a PNM going through sorority recruitment, is to find your perfect home away from home.

And thus, being authentic and true to yourself is going to be your best bet to getting matched to the right sorority for you.

You may also like: 7 Things Sororities Are Look For In PNMS

But with that being said, you need to also be able to filter yourself to avoid raising red flags that would convince a sorority to reject you.

Some things that could raise red flags are:

And if you are a sorority sister who is recruiting new members your job is to represent your sorority and sisterhood well.

That means whatever you say is a reflection of not only you, but your sorority.

So when talking to potential new members you need to:

And most importantly, for all PNMs and sisters, you must avoid these 9 topics.

9 things to never talk about during sorority recruitment

Whether you are underaged or of age, alcohol is a huge no-no topic!

For most, if not all, colleges doing Panhellenic Recruitment, Rush Week is a dry week meaning no alcohol.

And that includes not talking about alcohol during recruitment conversations.

So avoid talking about:

Talking about alcohol can give off the vibes that you lack control.

As a result, the sister who is speaking to you may get the impression that you would be a poor reflection or a risk to their chapter.

And as a result, you may be dropped from that sorority by the next day of recruitment!

So just don’t talk about.

If you are a sorority sister talking to new members you should avoid talking about alcohol because:

This topic is kinda iffy, because it’s ok to talk about some boys, but not others…

During sorority recruitment fraternities are off-limits.

Meaning you can’t attend fraternity parties or even talk to frat guys.

And thus, talking about fraternity guys is off-limits.

Why? Because the goal for PNMs is to find their perfect home away from home. It isn’t to find the sorority who associated with the hottest fraternity on campus.

So with that being said–avoid talking about fraternity guys.

However, there is a slight exception… you can talk about boyfriends or guys in your real-life family.

But honestly, I would just avoid talking about boys in general because at the end of the day, the sorority chapter is trying to get to know YOU.

Not your boyfriend, not your brother, not your dad, or your uncle.

Whenever you talk about someone other than yourself, you are limiting the sorority’s ability to get to know more about you and how you would be an incredible addition to their sisterhood.

So keep the conversations about yourself, as weird or uncomfortable as that sounds, and you’ll be golden!

You may also like: Can You Join A Sorority Your Sophomore Year? What You Need To Know

Similar to why you shouldn’t talk about alcohol during Rush, conversations about illegal drugs are OFF-LIMITS.

First of all, talking about drugs may make a sister think that you may be currently on them and that’s not how you stand out (in a good way) during recruitment.

Also, you don’t want the sorority to think that you’re trying to join a sorority to get access to drugs (or alcohol).

It’s just an all around a bad topic that won’t end well for anyone, so avoid it at all costs.

It is unfortunate, but some sorority sisters actually ask potential new members about how much money their moms and dads make in order to filter out “poor” PNMs.

And not only does this make PNMs uncomfortable, it leaves a really bad impression too.

If you, as a PNM, get asked a question regarding your parent’s income, stay far away from them because that chapter is not one you should want to be part of.

And as a PNM, avoid talking about how much money your parents make. Why?

Because literally no genuine sister is prepared to converse about that topic.

It makes you look super slimy and braggy. And that’s not the type of vibes you want to send out.

Of course they care about you being able to afford your chapter dues, but talking to a sister about how your dad is the CEO of a Fortune 500 company is not how you go about it.

With that being said though, you can ask sorority sisters how much dues are for their chapter and if there are any extra costs not included in their dues, like t-shirts or additional events.

However, it’s honestly better to talk to your recruitment counselor or a member of Panhellenic council about any financial concerns you may have, instead of a sister.

These women are likely to be less judgmental and have little to no influence whether you get invited back to a sorority based on your financial situation.

You may also like: 50 Questions To Ask A Sister At Recruitment

5. Other sororities or fraternities

One thing I personally didn’t realize going through sorority recruitment was that talking about other sororities is a bad idea.

No matter how much you mention you are open minded, the moment you talk about the sorority chapter all your friends are in or the chapter you are legacy of, your chances of being invited back are diminished.

Trust me. I was dropped by every single sorority except the sorority I was a legacy of by the second day.

If I could go back, I would not have even mentioned I was a legacy or that my identical twin sister was in a sorority. I honestly think it made me look bad or that I was dead set on joining my legacy sorority. Even though I wasn’t.

And even more importantly, don’t talk poorly about any sorority chapter (or fraternity) on campus even if you didn’t like them or they treated you poorly.

That’s what your recruitment counselors are there for.

Although sorority life is fun and there are parties, this topic should be saved for once you are an actual new member of the sorority.

During sorority recruitment, the women you speak to are trying to figure out if you would be a good fit for their sisterhood.

In other words, they’re not trying to figure out if you are going to be the life of the party.

Talking about parties, even about sorority or fraternity parties/socials, can make you seem like you don’t have your priorities straight and you could potentially be an issue for the sorority down the road.

And sorority sisters are trained to catch any potential troublemakers!

If you want to talk about the fun things the sorority does, try discussing things regarding philanthropy events, PR events, or even sorority big little reveal.

This subject, and the one after this, can be quite touchy subjects during sorority rush.

And you for sure do not want to get into a political argument with a sorority woman.

Also, you never know who you will end up talking to and you don’t want to get dropped simply because of your political beliefs.

Plus, sororities are not supposed to be tied to a specific political affiliation.

So all in all… it’s just best to leave this topic alone.

Although there are many religious women in sororities, recruitment is not the right time or place to talk about religion.

Now of course, if you have a good feeling who you are talking to is religious (i.e., you know her from your church, she is wearing a religious piece of jewelry, etc.) it may be ok to talk about it.

However, if you are a sorority sister you may be asked by a PNM if your sorority chapter has a bible study group.

If that happens, then you need to answer her question, but stick to the facts unless she starts talking more about religion and you feel comfortable talking about it as well.

If you don’t feel comfortable, try to steer the conversation, naturally, back to your sisterhood.

A topic that’s bound to get you either (1) odd looks or (2) dropped from sorority recruitment altogether is talking about sex.

Not only does this conversation make people uncomfortable, it’s also something you probably don’t want to share with women you barely know.

Short story time: During my last recruitment, I did have a girl talk about sex on pref night.

It was so awkward! And it really caught me off guard and raised some red flags for me…

So whatever you do, just don’t talk about it.

Because honestly, no one needs to know what you do in between the sheets.

Concluding thoughts on what not to talk about during sorority rush

Sorority rush is an incredible opportunity for women to meet one another and to form connections that have the potential to last a lifetime.

However, if you want a fighting chance to make it to the final day of recruitment, Bid Day, then you need to be on your best behavior and not discuss the 9 topics we talked about in this blog post.

But, if you do run into a situation where these topics are brought up, keep the conversation flowing, stay cool, and try to transition out of them as best as you can.

I truly hope this blog post today gave you some valuable insight and made you feel more prepared for your upcoming Rush. Good luck, girl!

Thanks for reading about what you should not talk about during sorority rush. 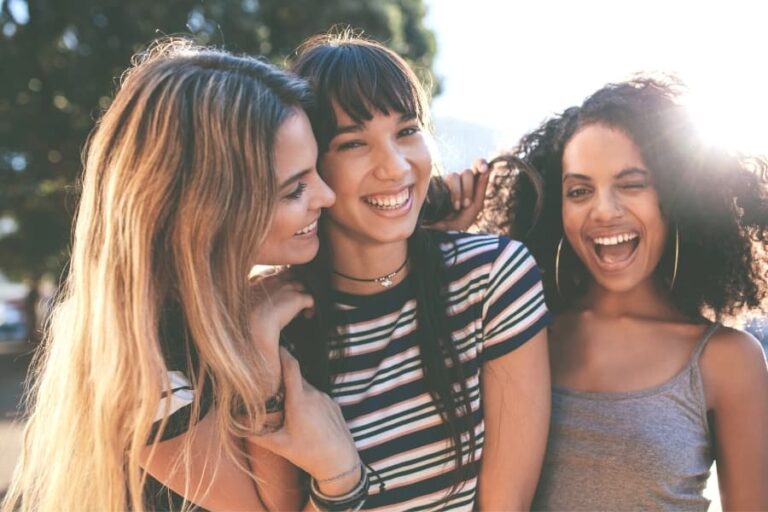 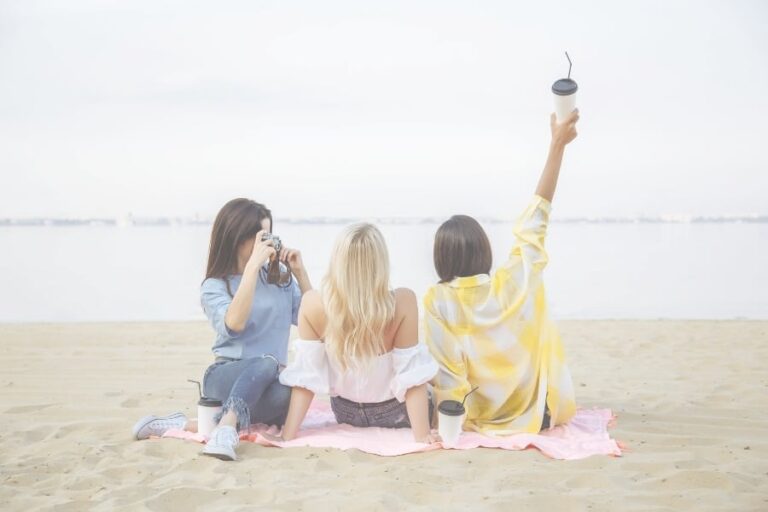 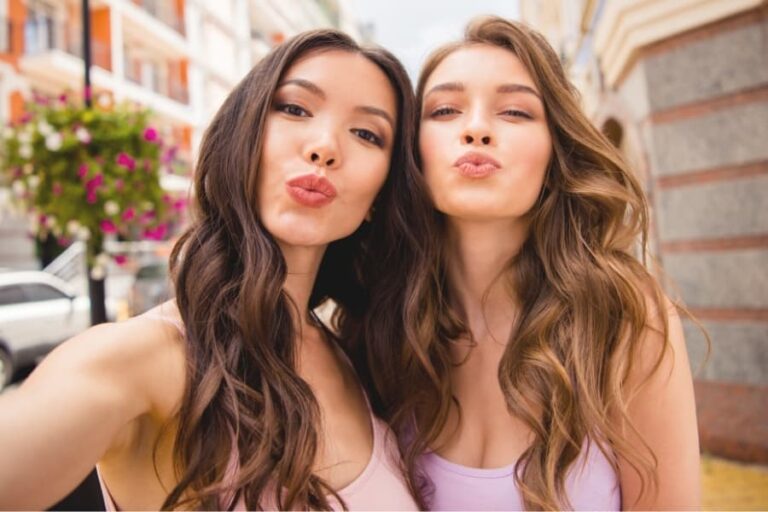 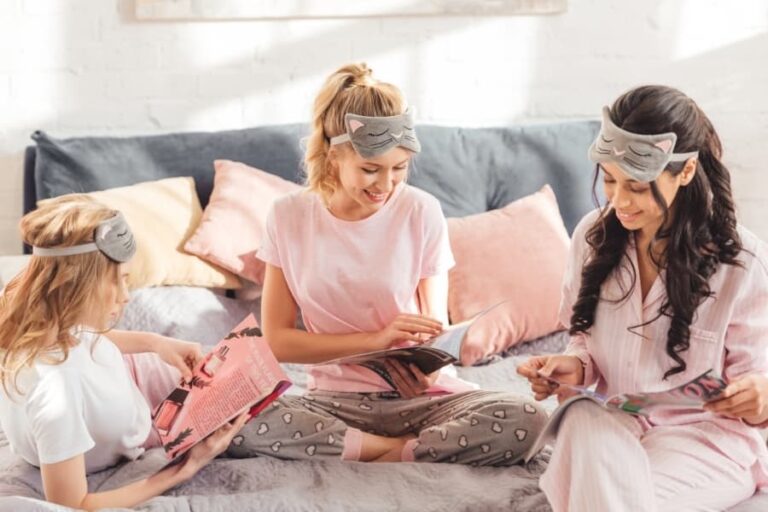 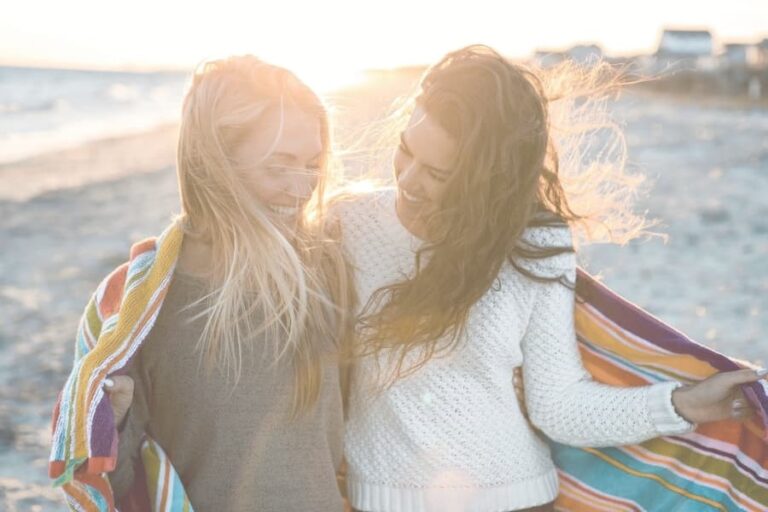 Visit the Advertise page or email us.

College Girl Smarts is a participant in the Amazon Services LLC Associates Program, which is an affiliate advertising program designed to provide a means for sites to earn advertising fees by advertising and linking to Amazon.com. As an Amazon Associate we earn from qualifying purchases.